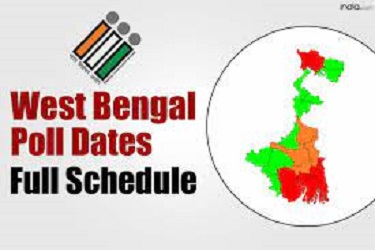 COVID-19 surge: Election Commission bans victory processions during and after vote counting on May 2

The Election Commission of India (ECI) has banned all victory processions during or after the counting of votes on May 2 amid surging COVID-19 cases in India.

As per the EC notification, “Not more than two persons shall be allowed to accompany the winning candidate or his/her authorised representative receive the certificate of election from the Returning Officer concerned.”

The order comes a day after Madras High Court lashed out at the Election Commission over the conduct of assembly polls amid the ongoing COVID-19 pandemic.

A bench comprising Chief Justice Sanjib Banerjee and Justice S Ramamoorthy termed the poll authority as most irresponsible while hearing a public interest writ seeking directions to ensure fair counting of votes on May 2 in Karur by taking steps to ensure adherence to COVID-19 protocols.

“Your officers should be booked on murder charges probably,” the Chief Justice had said.

Tamil Nadu along with Kerala and Puducherry voted for a new assembly on April 6, which was also the day the third and final phase of voting was held in Assam.

The seventh phase of voting for the West Bengal assembly was held on April 26, with the final round planned for April 29. Votes in these states will be counted on May 2.

Meanwhile, India is witnessing an unprecedented second wave of pandemic with more than 3 lakh daily new cases being reported in the past few days, which has crippled the country’s health care system. The second COVID-19 wave has triggered a shortage of hospital beds, medical oxygen and medicines.

India’s daily rise in coronavirus cases retreated from record levels on April 27, but stayed above the 300,000 mark for a sixth straight day. 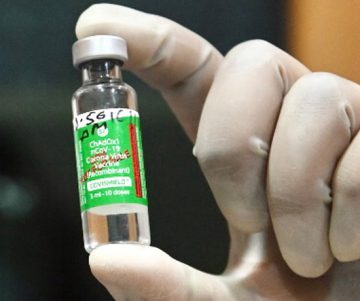 New Covid-19 cases in India have…

By Administrator_India Capital Sands The number of new coronavirus infections in India has peaked, according to a new tracker developed by researchers at Cambridge Judge Business School and the National Institute of…

COVID-19 vaccination for all begins on…

By Administrator_India Capital Sands The central government on April 19 announced that all Indians aged above 18 years will be eligible to get the COVID-19 vaccine from May 1, 2021. To make…