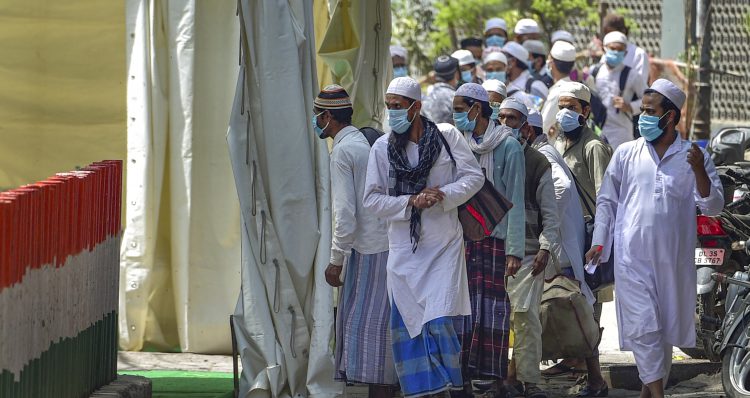 India and Pakistan sealed off centers belonging to a Muslim missionary group on Tuesday and began investigating how many coronavirus cases were linked to its activities.

Tablighi Jamaat is a Deobandi Sunni Muslim missionary movement that preaches worldwide. Every year, tens of thousands attend its congregations in the Pakistani city of Lahore and other parts of South Asia.

The numbers are small compared with the United States, Italy or China but health officials say both countries have weak public health systems that could be overwhelmed by a surge in cases.

New Delhi’s city administration has flagged a Muslim quarter where the 100-year-old group has a branch as a coronavirus hotspot after dozens of people tested positive for the virus there and at least seven died.

Authorities said people kept visiting the center, in a five-storey building in a neighborhood of narrow, winding lanes, from other parts of the country and abroad, and that it had preached sermons to large groups despite government orders on social distancing.

Hundreds of people were crammed into the building until the weekend, when authorities began taking them out for testing. More buses arrived on Tuesday to take them away to quarantine centers in another part of the city.

Authorities are trying to trace the movements of people who had gathered at the Tablighi centers in Delhi and Lahore and the people who were exposed to them.

In Pakistan, the Lahore Tablighi center was sealed off and dozens of other preaching centers across the country were placed in quarantine after 143 Tablighi members tested positive and three died, officials said.

Malaysia’s health ministry had told a news conference in Kuala Lumpur that it was investigating the presence of Malaysians at the Delhi center.
Tags:
Forex Trading With Capital Sands