The pandemic will pull down India’s gross domestic product by 7.7 per cent in 2020-21, the first advance estimate of GDP released by the National Statistical Office (NSO) on Thursday showed.

This will be the biggest annual contraction in records going back to 1952, according to Bloomberg.

The estimate by the NSO was close to the Reserve Bank of India’s estimate of 7.5 per cent contraction. Economy trackers had estimated annual real GDP growth to be in the range of negative 6.5 to negative 9.9 per cent.

Nominal GDP will contract by 4.2 per cent, the release showed. As tax revenue grows in consonance with nominal GDP, revenue stress could be of a magnitude that is closer to this number. Advance estimates are important as the Union Budget uses these numbers for assuming GDP growth rates at current prices for the next financial year, on the basis of which all crucial numbers such as the fiscal deficit and tax numbers will be calculated.

“The movement of high-frequency indicators in recent months points towards a broad-based resurgence in economic activity. A more manageable pandemic situation compared to advanced nations has further given momentum to the economic recovery,” the finance ministry said in a release.

As expenditure by the Centre and the states did not grow in the first half of FY21 (over the previous year), the advance estimate data suggests that governments will ramp up spending in the second half. Some amount of evidence is visible in November, when the Centre spent 48 per cent more than a year ago.

A robust capex focus by both the Centre and the states in the remaining months of FY21 could further boost recovery.

Former chief statistician of India Pronab Sen said the severe dent in investment and slow growth in government spending were principally on account of state governments.

“State governments are clawing back on investments and seem to be ramping up their consumption expenditure towards the later part of the financial year,” he told Business Standard.

Manufacturing will contract by 9.4 per cent, and services by 8.3 per cent, the data showed. But among services, contact-less sectors — financial services and real estate — are expected to shrink only by 0.8 per cent, showing a much stronger recovery than expected.

Contact-sensitive sectors such as trade, hospitality, transport, and communication services, on the other hand, are set to fall by a massive 21.4 per cent in FY21, according to the data.

Gross value added in agriculture is set to grow 3.4 per cent, but that in another employment-generating sector, construction, is expected to fall by 12.6 per cent this year.

The estimates also show good recovery in some sectors in the second half of the financial year. For instance, the construction sector, which contracted by 30 per cent in H1, is expected to grow by 4.4 per cent in H2.

While manufacturing may show a slight uptick in H2 (+0.5 per cent), services may not grow at all (-0.8 per cent), according to Business Standard calculations.

Experts noted the uptick in the second half of FY21, but also underlined the limitations in the data.

The quality of advance estimates is questionable to some extent, because good data is available for only two quarters.

“The situation is different this year because though companies have shown strong profits, their wage bills, which go into the calculation of gross value added, have shrunk,” said Sen. This has not been reflected in the advance estimates.

“While the advance estimates have been based on the data that is available for only the first six to eight months, the modifications made in the extrapolation process seem to have captured the impending upturn expected in the remainder of this extremely tumultuous year,” Aditi Nayar, principal economist at ICRA, said in a note.

Including informal sector activity in the revised estimate, which will come in a year from now, may pull down the GDP number further.

“In the second quarter, while companies picked up well, the informal sector did not. And this will only get reflected next year,” Sen added. 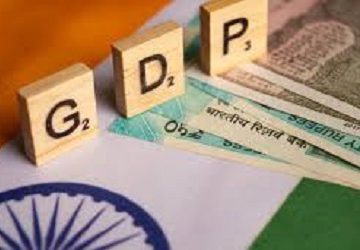 ‘Q2 GDP looks much better but…

By Administrator_India Capital Sands  The Indian economy contracted 7.50 percent in the second quarter of this financial year against a decline of 23.90 percent in the first quarter. Technically, the… 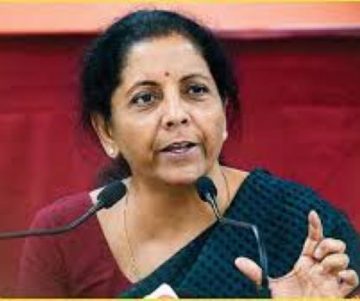 By Administrator_India Capital Sands Finance Minister Nirmala Sitharaman is likely to announce a mega pre-diwali stimulus package on November 12 afternoon. These could include measures aimed at sectors worst hit…