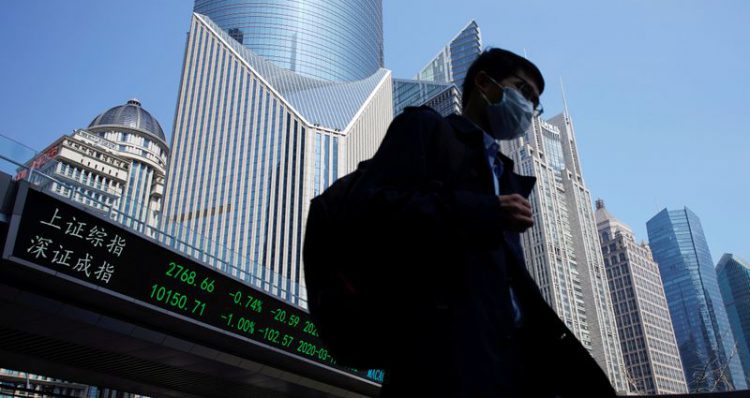 Global shares fell on Monday as investors braced for more signs of economic damage from the coronavirus pandemic although a landmark deal by OPEC and its allies to slash output helped oil prices climbed in volatile trade.

U.S. S&P 500 mini futures dropped 1.54%, erasing a brief gain to a one-month high made right after the start of trading.

Financial markets in Australia and Hong Kong were closed while in mainland China, the CSI300 index lost 0.6% in early trade.

A group of oil producing countries known as OPEC+, which includes Russia, said it had agreed to reduce output by 9.7 million barrels per day for May-June, after four days of marathon talks.

Still, they are down more than 50% from their January peak as the novel coronavirus pandemic has brought the global economy to a standstill and hit fuel demand.

“While the Federal Reserve’s stimulus has allayed fears of a financial crisis for now, the economy is far from returning to normalcy,” said Hiroshi Watanabe, economist at Sony Financial Holdings.

Investors looked to whether the novel coronavirus pandemic, which has ravaged global economic growth, will soon peak in the United States and Europe, as had been hoped.

“While panic selling we saw last month has faded, not many investors would want to chase stock prices higher given we are about to see more evidence of economic downturns,” said Masahiro Ichikawa, senior strategist at Sumitomo Mitsui DS Asset Management.

OPEC and allies led by Russia, the so-called OPEC+ group, said they had an unprecedented deal with fellow oil nations, including the United States, to curb global oil supply by more than 20 million bpd, or 20% of global supply.

“In the short term, the WTI may hold above $20 after the deal but it could fall below that level unless all the countries follow up their words with actions,” economist said.

Companies are only now adjusting their behaviour to deal with an expected global recession, which the International Monetary Fund  has said will be “way worse” than the global financial crisis a decade ago.

Kia Motors Corp told its labour union in South Korea that it wants to suspend operations at three of its domestic factories as the outbreak weighs on exports to Europe and the United States.

In foreign exchange markets, risk-sensitive currencies were softer while the safe-haven dollar and the yen found support. 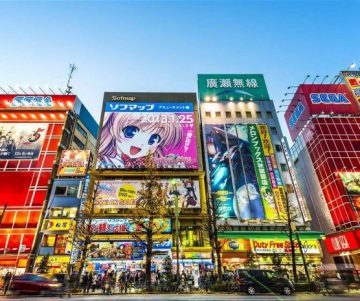 By Ritu, Capital Sands Metropolitan Tokyo asked some businesses to close and the ancient capital of Kyoto warned tourists to stay away as Japan battles a fast-spreading outbreak of the…